One of the Whitsundays' most iconic island resorts is on the mend after sustaining significant damage during Cyclone Debbie. Daydream Island bore the brunt of the category four storm when it hit near Airlie Beach on March 28, 2017. Wind gusts of up to 260km/hr and a tidal surge tore through the resort resulting in its temporary closure.

Following the devastation of Cyclone Debbie, Amicus was engaged by CCIG to deliver the multi-million dollar refurbishment project. The major works included redevelopment of the Transit Pavilion, Reception, Main Atrium Area, all accommodation rooms, Mermaids Building, new and existing restaurants and bars, and the Living Reef lagoons which received some brand new features to enhance guests experience of the surrounding environment. 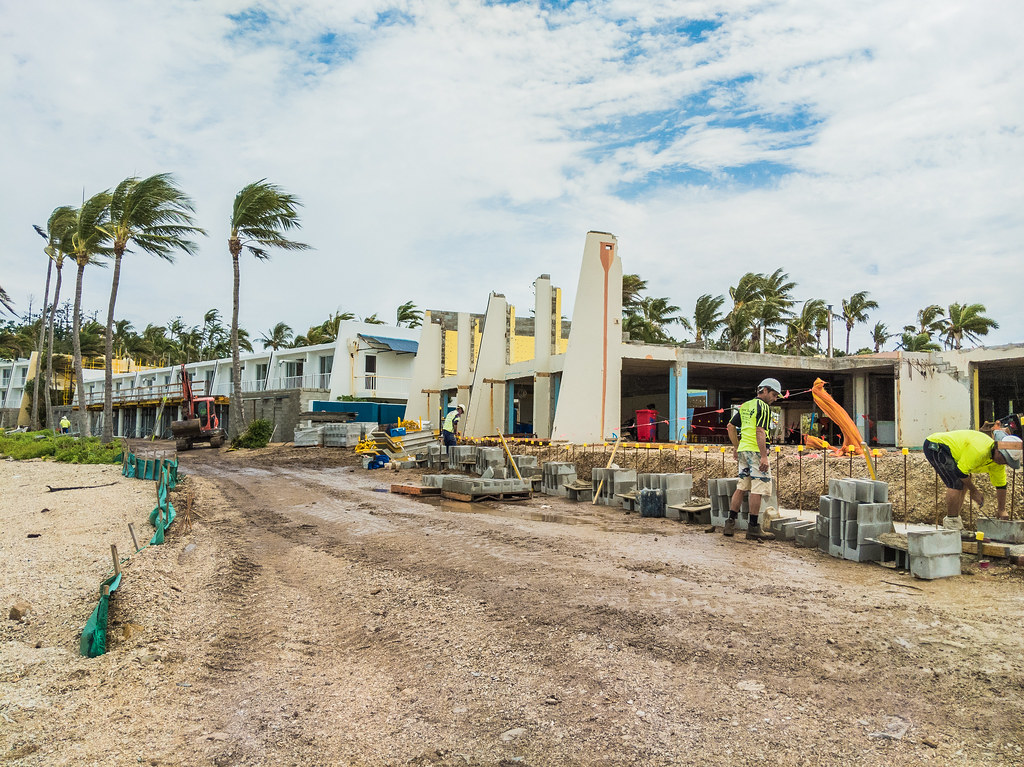 As the Principal Contractor on the site, Amicus was responsible for construction which included managing a 200+ labour force, multiple sub-contractors, island logistics, staff accommodation & welfare. The project budget was $82mil including swimming pool refurbishment and furniture supply as separate contracts.